This is the second in a four part series highlighting Penn Law’s Global Women’s Leadership Project Database.  Each segment of this series will introduce a different aspect of this database.

This segment features the UN Women’s Family Law Database which can be accessed through the home page of the Global Women’s Leadership Project website. 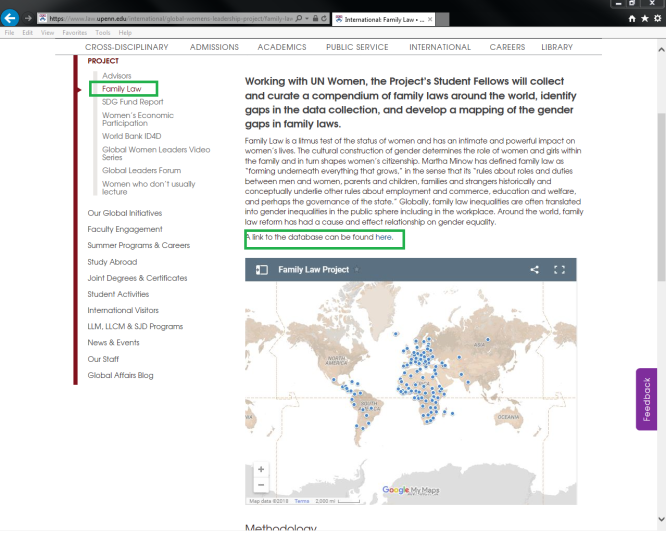 The Family Law Project curates a collection of family laws around the world, identifies gaps in the data collection, and develops a mapping of the gender gaps in family laws. 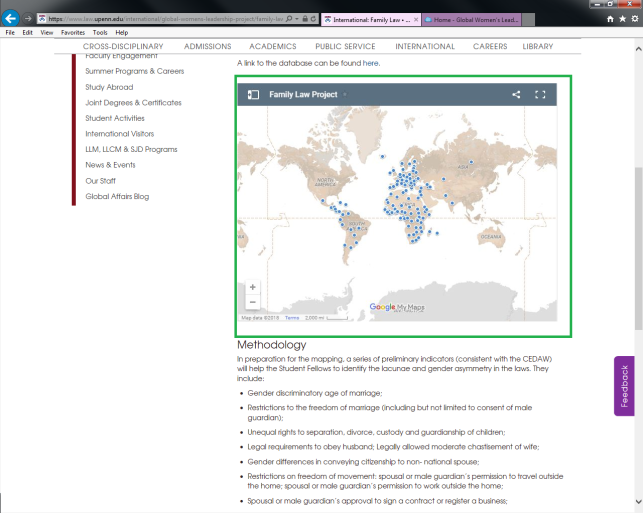 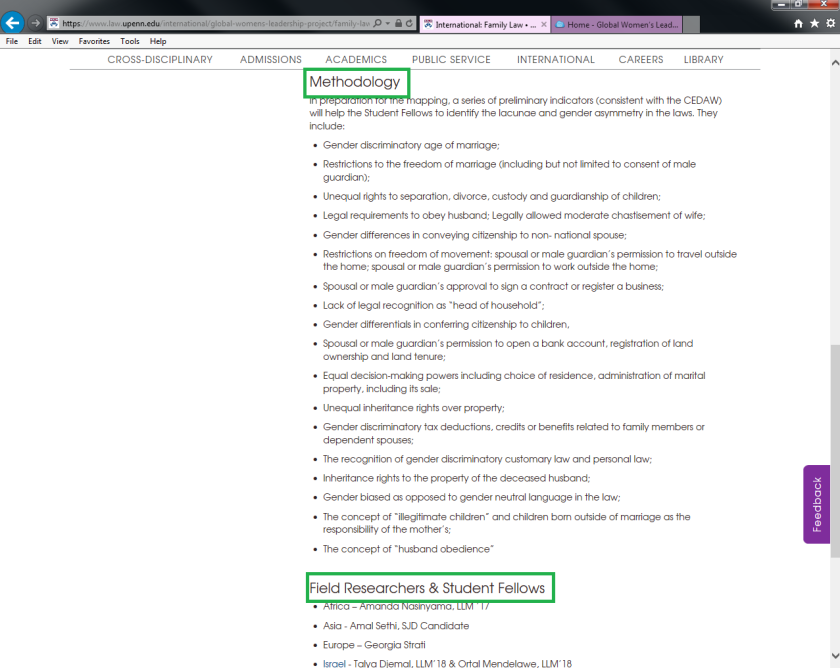 This is the first in a four part series highlighting Penn Law’s Global Women’s Leadership Project Database.  Each segment of this series will introduce a different aspect of this database.

“The Global Women’s Leadership Project (GWLP) at Penn Law, developed under the auspices of Under Secretary General and Executive Director of UN Women Phumzile Mlambo-Ngcuka, has created a clearing house of information on laws that govern women’s status in the family, as the first phase of the UN Women’s Family Law database.

The GWLP is one of the first efforts to map the panoramic sweep of laws that regulate a woman’s role in the family and society, including laws governing property, inheritance, custody, guardianship, marriage, divorce, residence, citizenship, domicile, age of marriage, guardianship, female genital mutilation (FGM), “husband obedience ” and sex-selective reproductive decisions. The first phase of the database covers the 54 African countries; the 19 civil law countries in Latin America and 32 states of Mexico; the 51 independent states of Europe; Israel; India; and Pakistan. The research on the Middle East is ongoing.”

This database can be accessed here. Below is a view of the homepage. 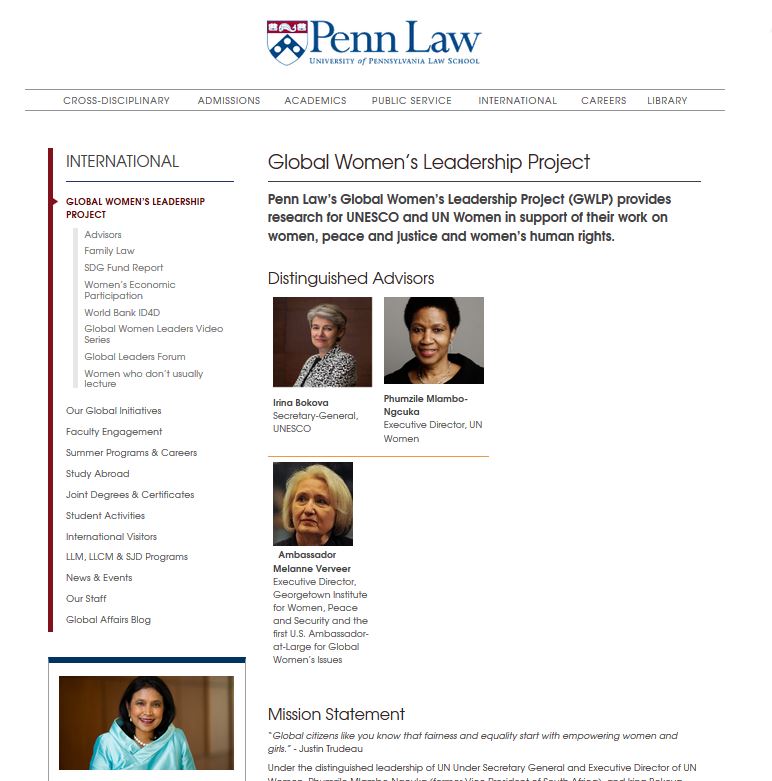 From this site, users can also access a world map that outlines family law in various countries as it relates to women’s roles in the family. 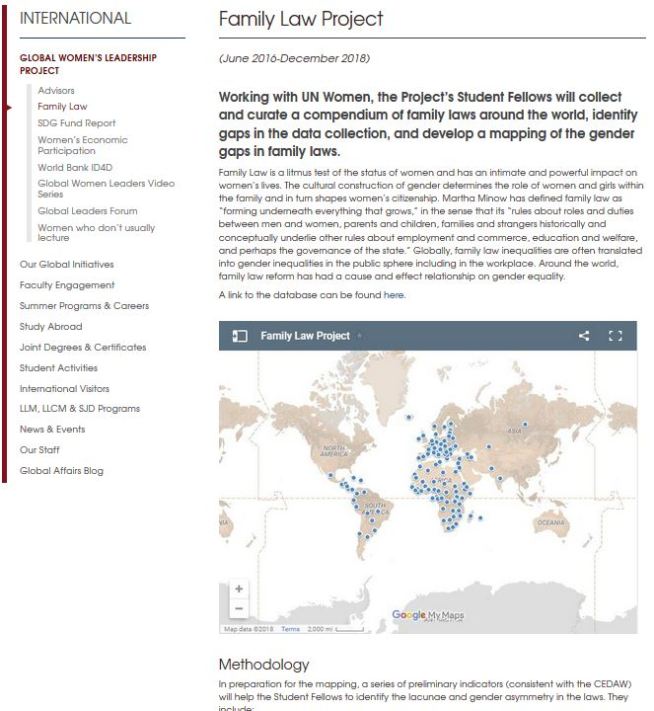 For convenient navigation there is also a list of the database’s featured content on the left side of the page. 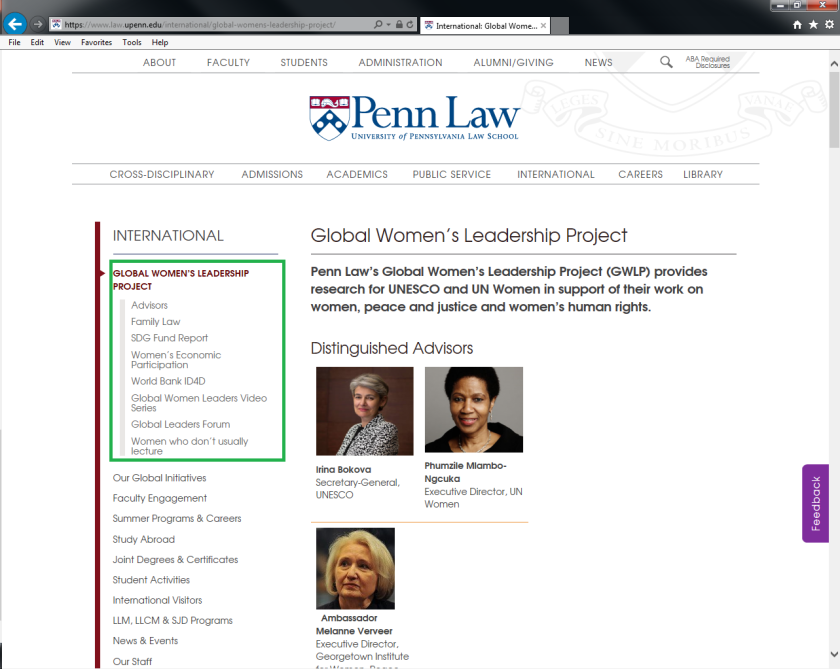