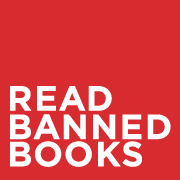 At the beginning of National Library Week, the American Library Association’s Office for Intellectual Freedom released its annual Top Ten Most Frequently Challenged Books of 2015. Each year, the Office for Intellectual Freedom compiles a list of challenges, defined as “a formal, written complaint, filed with a library or school requesting that materials be removed because of content or appropriateness.” The report of a challenge does not mean that a book is removed, only that its removal has been requested.

The law regarding the removal of books from public or school libraries is mixed. The most significant Supreme Court decision on the matter is Board of Education, Island Trees Union Free School District No. 26 v. Pico, where the Supreme Court, in a 5-4 decision, that school boards could not remove materials based solely off their disagreement with the views held within. 457 U.S. 853 (1982). The Court did not have a majority opinion, and the result gave very little guidance. The most recent case, coming out of the 11th Circuit, found that factual inaccuracies were sufficient to have a book removed (which provides little guidance for works of fiction). ACLU of Florida v. Miami Dade County School Board, 557 F.3d 1177 (11th Cir. 2009). For public libraries, there is even less definitive case law.

None of the 2015 challenged books appeared on the 2014 list, a rarity over the last 15 years. Typically, a number of books find their way onto the list over the course of years: And Tango Makes Three, The Perks of Being a Wallflower, The Bluest Eye, and The Absolutely True Diary of a Part-Time Indian have all been mainstays on the list over the last decade. The recurring themes of challenges tend to focus on books with sexually explicit scenes (such as Looking for Alaska or Fifty Shades of Grey) or books featuring LGBT protagonists or situations (such as I am Jazz, Beyond Magenta, Fun Home, and Two Boys Kissing).

Looking for Alaska is interesting as a top most-challenged book. It has appeared on the Top 10 twice before (#7 in 2012 and 2013), it is a ten-year old book that has gained attention as the author’s later works, notably The Fault in our Stars and Paper Towns, have become runaway hits and the author has gained notoriety as an internet celebrity. On Tuesday, April 12, the day after the ALA’s list was released, John Green addressed the challenges to Looking for Alaska, stating that it is usually challenged on the basis of a single, cherry-picked passage, that is taken out of the context that is needed to make the point he wanted to get across.

In general, I think that many parents challenge books because they mean well for their children, but I also believe that it should be up to individual parents to determine what their children read, and not up to a school board or library board to take that decision away from the parents of other children. It is especially important for libraries to maintain a collection of diverse perspectives rather than keeping a collection to reinforce the orthodoxy. As Justice Robert Jackson said in West Virginia State Board of Education v. Barnette, “If there is any fixed star in our constitutional constellation, it is that no official, high or petty, can prescribe what shall be orthodox in politics, nationalism, religion, or other matters of opinion. . . .” 319 U.S. 624, 642 (1943).

Keep going everyone! You got this. 🙂
POW!
Good luck everyone! Remember, even during finals the library staff members are here to assist you. We believe in you!
As finals approach, we want to remind you that the Law Library has plenty of resources that can help you prepare for finals.
POW!